Message From Our President

Dear Friends and Partners,
African Community Bridge Foundation (ACBF) started small and has grown continuously since our inception in 2002. I conceived ACBF based on Dr. King’s global vision of a place where all people can equally share in the abundant resources of our world. In ACBF the tolerance for poverty, hunger, and homelessness are replaced with human dignity, mutual respect, and love for one’s neighbor. Tribalism and all forms of discrimination, bigotry, and prejudice are replaced with a spirit of fellowship, equality and love.

I will like to thank all who have supported ACBF in the past. For those who are just discovering ACBF for the first time, I would like to personally invite you to visit us and learn more about our works for yourself. There are a number of ways for you to be a part of The African Community Bridge Foundation.
I am very proud of ACBF and even more proud of the team of professionals I have assembled who have the expertise and education to help lift our youth from poverty, and hopelessness; and transforming them to productive members of their communities. I believe that by prioritizing local capacity building for our youth, we at ACBF can give them the tools they need to succeed either as local business owners or employees of reputable and international organizations. 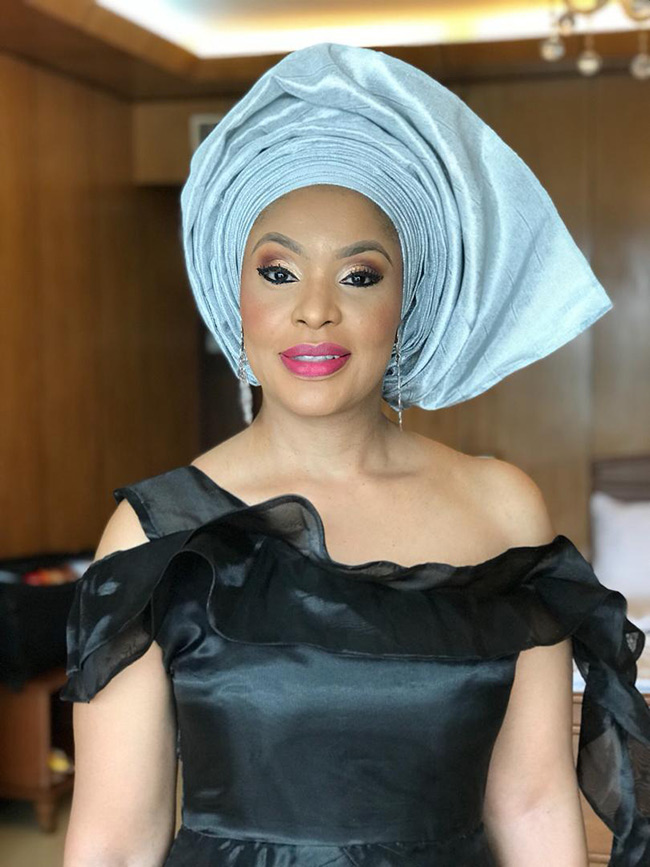 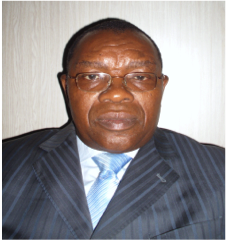 Mr. Alegieuno has extensive experience as Manager and Director on Microfinance Policies and Entrepreneurship Development with the Central Bank of Nigeria.  During this time, he successfully defended the continuity of the Agricultural Finance Department.

With a BSc Agricultural Economic from the University of Ibadan and Diploma in Microfinance from Ateneo de Manilla University, Mr. Alegieuno has an outstanding record of reviewing and setting up financial infrastructure and policies as Chairman of the Entrepreneurship Development Council EDC.

Mr. Alegieuno has also been successful planning and organizing the International Conference on Infrastructure in Nigeria. 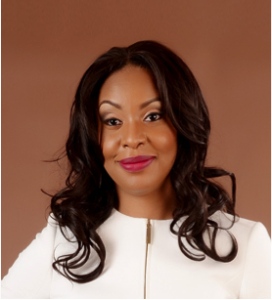 Ms. Nwosu is a senior executive officer with over 10 years of experience in strategic planning, operations and fiscal management within business and academic research environments.

She coordinates the logistical execution and goals of programs both in a regional and global capacity, and is responsible for developing fundraising strategies and grant pursuits as well as the subsequent management of the Foundation budget inclusive of the administrative, program and project budgets.

She is a native of Nigeria, and currently resides in Maryland with her husband and 3 children. She is an active member of her community, and often travels to assist with programs that help with bettering the lives of children and women who might otherwise be forgotten. She hopes to inspire others to get involved in this effort so that children and women both in the United States, and abroad will have ample opportunity for success. 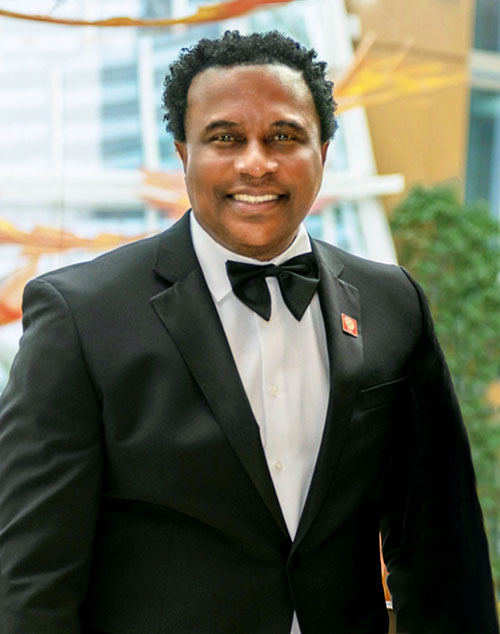 A strategic visionary with analytical ability, good judgment and strong operational focus, after completing his studies, Emmanuel took a job working as a budget analyst for a federal contractor. Pursuing a lifelong dream of owning his own business, he bought out a small, struggling janitorial service company for $10,000 and turned it into a $50 million profit generator. He renamed the company Motir Services, Inc. in honor of his parents: Memory of Theresa Irono Romanus.

As President and Chief Executive Officer of MOTIR, Emmanuel O. Irono is responsible for providing strategic leadership for the company and directs the Administration, Corporate Governance, Marketing, Finance, and contracts. He has traveled all over the world and has created a company of diversity that gives back to US-based charitable organizations and his homeland through his nonprofit organization, To Inspire Strong (TIS). TIS feeds, educates and provides medical treatment for African children. Whether feeding the hungry and abandoned, supplying educational tools to rural area schoolchildren, or implementing an AIDS Awareness Program, Mr. Irono is taking local action, reaching global heights. With MOTIR, the future is still an ever-evolving globe of successful initiatives.

Emmanuel O. Irono provides leadership and management to ensure that the mission and core values of the company are put into practice. He leads business development activities to achieve and surpass sales forecasts, profitability, cash flow and business goals and objectives.

Additionally, Emmanuel O. Irono spearheads the development, communication, and implementation of effective growth strategies and processes; motivates and leads a high-performance management team; attracts, recruits and retains required members of the executive team; provides mentoring as a cornerstone to career development; and fosters a success-oriented, accountable environment within the company.

Dr. Marsha Coleman-Adebayo received her BA degree from Barnard College/Columbia University and her doctorate degree from the Massachusetts Institute of Technology (MIT).

Dr. Coleman-Adebayo was a Senior Policy Analyst in the Office of the Administrator at the US Environmental Protection Agency. She has held various academic positions as Adjunct Professor at the Georgetown University – School of Foreign Studies and Visiting Scholar in the Department of African-American Studies at George Mason University.

On August 18, 2000, Dr. Coleman-Adebayo won an historic lawsuit against the EPA on the basis of race, sex, color discrimination, and a hostile work environment. She subsequently testified before Congress on two occasions. As a result, the Notification of Federal Employees Anti-discrimination and Retaliation Act [No FEAR] was introduced by Congressman F. James Sensenbrenner (R-WI), Congresswoman Sheila Jackson Lee (D-TX) and Senator John Warner (R- VA). Along with the No FEAR Coalition, she ushered the No FEAR Bill through Congress. President George W. Bush signed the No FEAR Act into law. Thousands of federal workers and their families have directly benefited from this law.

The No Fear Institute provides a forum for voices against retaliation and harassment.

Dr. Coleman-Adebayo has published a book about her experiences at EPA, the federal court trial, and work with vanadium mine workers in South Africa; titled “NO FEAR, (Lawrence Hill Books, 2011)”. She is also one of the independent producers for a film on vanadium poisoning in South Africa.
Good Housekeeping Magazine in 2003 selected her as their “Woman of the Year.”
The National Whistleblower Center has characterized her as one of the most influential “truth-tellers” in the country. She was recently inducted into the Hall of Fame by the Project on Government Oversight (POGO) in June 2007. The Southern Christian Leadership Conference (SCLC) recognized Dr. Coleman-Adebayo’s leadership in the civil rights movement at its 50th anniversary gala in Atlanta, Ga. Time Magazine compared her to civil rights hero Rosa Parks and she is called the Mother of the first civil rights act of the 21st century.

Dr. Coleman-Adebayo has been featured in a host of newspapers, such as, the New York Times, the Washington Post, Government Executive and Federal Times. She is a wife and mother of two children. 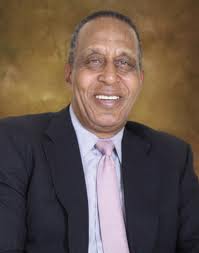 He served as vice president of The African Development Foundation,; as Director of the Phelps Stokes Fund, Washington Bureau; Chairman of the Peace Corps Country Directors Committee of Coastal West Africa. He served as a member of the Council on Foreign Relations; a member of the board of Africare and the WorldSpace Foundation; an advisor to the Robert Kennedy Memorial Trust and trustee of Stillman College.

A native of Alabama, he received his undergraduate degree in Social Sciences from Stillman College. He did his graduate and postgraduate work at Boston University in public administration and applied sociology and at Harvard University where he served as a Fellow at the Institute of Politics. 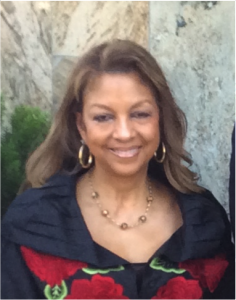 Ms. Carter is a consummate senior executive, change agent, and perceptive business professional with over 25 years experience in Executive Management positions in the private, public, and government sectors.  She has been recognized for ground-breaking efforts in driving large-scale cultural change.  As a researcher/writer, speaker, and facilitator, she has been considered a visionary in diverse group/function alignment, human capital management, training and development, and consulting. Her vast experience in business turnarounds and personal center of influence boasts network of accomplished leaders and innovators across diverse government and corporate cultures.

Wendy Cobrda is a marketing maven, strategic thought leader and data evangelist. She has a passion for data-driven solutions that illuminate consumers’ preferences for products and services. Wendy is known for making intelligence actionable by creating technical solutions for industry challenges. In 1997, Wendy formed her first company with the mission of “linking data to decisions”. It is a nationwide entity offering management consulting services, demographic analysis, custom modeling, data and systems. In 2007 Wendy co-founded Earthsense and set the nascent industry abuzz by developing an innovative data integration platform and developing channel partners. A hands-on executive and sought-after public speaker, Wendy’s successes span software development, technology and geo-spatial architecture. 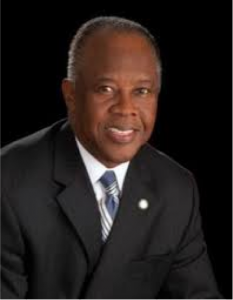 Dr. Hines has 24+ years of experience in the provision of business solutions, Operations Research, Cost, Economic and Financial Analysis to Government and Commercial Industry.  In his current role as Operations Research Director for the Engility Corporation, Dr. Hines provides consultancy to the U.S. Army Joint Program Executive Office for Chemical Biological Detection. 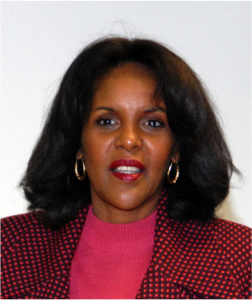 Dr. Carliss McGhee is an author, educator and community organizer who currently serves as President of the Inglewood California School Board.  A powerful advocate for children, she has built her career on the foundation that if we are going to see growth and development in children we must first look at everything that impacts them.

Dr. McGhee created and implemented a program where parents of vulnerable children traveled together providing them with unique experiences in West and South Africa, Europe, China and cities throughout the United States. 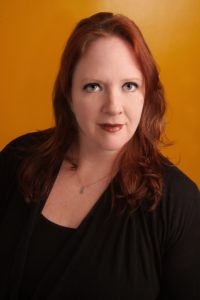 Elizabeth Rapp is the Executive Administrator for Motir Services, Inc., a Washington, DC –based firm that provides facilities management; engineering; administrative, professional and information technology staffing. She received her BA in Psychology from the University of Georgia before moving to the Washington, DC area. Ms. Rapp has spent several years volunteering with non-profit organizations including To Inspire Strong (TIS) African Children Fund, Inc. and Southeast Children’s Fund, Inc.